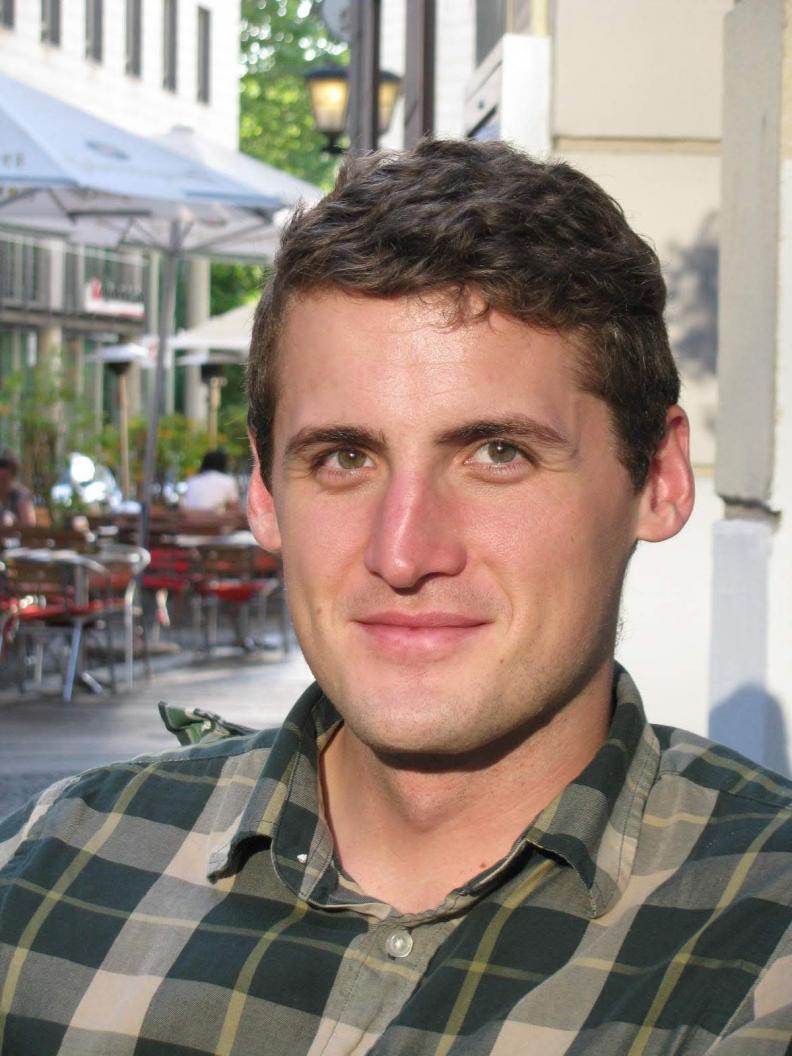 When Trevor Donadt was an undergraduate chemical engineering major at Tufts University and nearing his graduation date, he attended an AIChE networking event. The American Institute of Chemical Engineers is a well-respected professional organization for chemical engineers and Donadt was looking to make some connections and maybe get some advice. What he heard that day, in a sense, guided him through the following decade.

“There was this universal message from the older folks at this dinner,” says Donadt, “and that was to find something you like before you do it because chances are, once you start something, you might get stuck there.”  This really resonated with Donadt. If he was going to start something and then get “stuck” there, he wanted to make sure it was something he liked. So Donadt unregistered from the GRE he was about to take and waited until after graduation to start looking for work so that he could give the process his full attention and consideration.

The two things Donadt knew he loved were science and teaching. He also knew himself well enough to know that human interaction is important to him. This combination led him to a job working as an undergraduate admissions representative for Tufts, specializing in engineering admissions. “The shoe really fit,” says Donadt. “I was traveling, teaching engineering, and talking about engineering research to high schoolers, and it scratched an itch that my social side really needed scratched.” Donadt stayed in the position for three years and says even today that it was the best job he ever had.

In the five years after he left the Tufts admissions position, Donadt worked for a tech toy start-up company and as a college counselor at a Waldorf School; he started his own college admissions counseling company; and he worked as a staff scientist in a chemistry lab at CU Boulder. He left Boulder and came to Cornell, ready to start something he knew he might get “stuck” in and be happy about it.

“Science and teaching are two things that I am very compelled by and I have sought and found in different places in my life, but not always together,” says Donadt. “I have known that perhaps the best place to marry those two pursuits is in academia. In a sense, I got my exploring and what-ifs out of the way before I was ready for what I knew would be a very long-term choice.”

Donadt applied to several graduate programs in chemical engineering and says that a big part of his decision to come to Cornell was the Open House weekend. All of the programs he applied to were strong in terms of academics and research, but when he came to campus he was convinced Cornell was the place for him. “It was my visit weekend here that really settled things for me,” says Donadt. “The department was so strong in terms of how they invest in their students. And there was the Smith Initiative which supports diversity and inclusion, which is important to me. Also, people were just so welcoming and attuned to the fact that I had a spouse who might need to make connections in Ithaca as well. It was very clear that here above anywhere else was a place where all of the pieces of my life would be taken care of.”

More than two years later, Donadt feels he made the right call. He is now a member of Assistant Professor Rong Yang’s lab in the Robert Frederick Smith School of Chemical and Biomolecular Engineering (CBE), working toward his Ph.D. He is excited by the work he is doing and inspired by Yang’s approach. “She has a tireless energy for talking about science and I find her jubilance about what we do very motivating,” says Donadt.

Donadt’s research is focused on the interactions between bacterial biofilms and the materials they adhere to. The overarching question his research addresses is ‘How can materials control the way bacteria behave?’ To start to answer the question, he uses initiated chemical vapor deposition (iCVD) to create polymer thin films and deposit them onto a wide variety of surfaces. Donadt hypothesizes that there should be a strong relationship between bacteria and materials, so he designs materials (polymer coatings) capable of influencing microbial pathways and observing the behavior of bacteria that contact them.

iCVD is an incredibly flexible process and can create a huge variety of polymer materials. Donadt can characterize what he has created using the Cornell Center for Materials Research (CCMR) and the Cornell NanoScale Facility (CNF) so that he knows exactly what the materials look like at the molecular level. When he examines how the bacteria behave on one surface as compared to another, he is building a body of knowledge that will have wide-ranging applications as seemingly far flung as food packaging, biomedical devices, and the hulls of ships.

Having these markedly different aspects of his research—the creation of materials and the study of bacteria—keeps work fresh for Donadt. “The variety turns out to be really fulfilling to me,” he says. “It’s nice not to go in and do the same thing every day. I get to do biology some days and materials other days and that keeps me fully engaged and feeling fresh.”

Outside of his work with polymer thin films and bacteria, Donadt plays in Cornell’s percussion ensemble, visits the climbing gym, bikes, and works with CBE’s Diversity and Inclusion Program and with the College of Engineering’s Belonging at Cornell initiatives. In fact, Donadt was one of the founding members of the School’s Diversity and Inclusion Program and led the group for a year and a half. In recognition of this work, he was nominated for, and received, the Early Career Exemplary Service Award from the Cornell Graduate School. He is also a trained Intergroup Dialogue Project Fellow and an NSF Graduate Research Fellow. 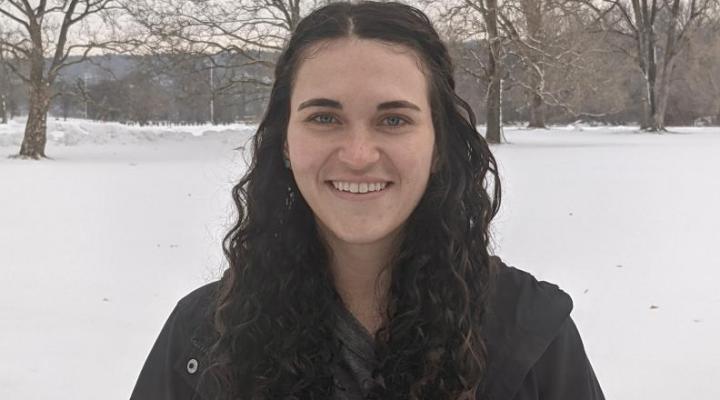 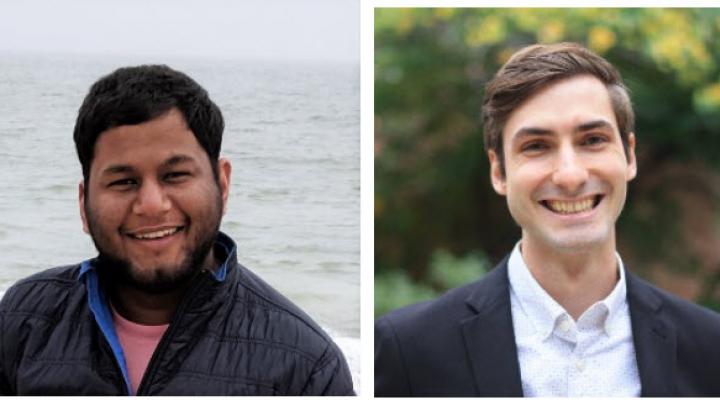 With a generous gift from Nancy and Samuel Fleming ‘62 to support graduate student research in the biomolecular program, the department selects students each year to be named "Fleming Scholars."... Read more about 2020-21 Fleming Scholars