The Smith School of Chemical and Biomolecular Engineering hosts two distinguished lectures each year in honor of prominent figures in our history: 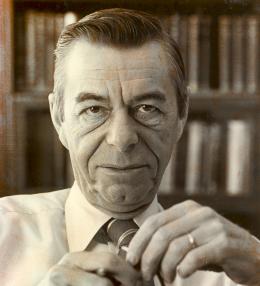 An annual guest lecture honoring Ray Thorpe's dedication to excellence and over 39 years of teaching. The lecture was established in 1989 by Ray's many  friends and alumni. The objective of the lecture is to enhance the undergraduate teaching program by inviting an alumnus who typifies exceptional professional progress and service to the Cornell community.

Ray Thorpe was one of the best known and beloved teachers of undergraduate students in the history of the school. Sadly, he died in 2005 after giving over 50 years of service to the College of Engineering as a teacher and student advisor.

Formerly an emeritus professor of the School of Chemical and Biomolecular Engineering, Ray received his undergraduate training at RPI in Engineering. He joined the Navy in 1940 at age 20, but was allowed to graduate in 1942 before being sent on active duty. He served as a gunnery officer in World War II in the Pacific theater. Ray returned to the U.S. and completed a Masters degree in Chemical Engineering at Cornell. Upon graduation, he joined Monsanto and worked there until his wife's ill health led him to return to upstate New York.

Ray became an instructor in what was then known as "metallurgical and chemical engineering" and became a member of the faculty shortly thereafter. He taught for three decades in Chemical Engineering, where he was known for the quality of his teaching, his high standards, and his exuberant stories.

Upon the passing of his wife Eleanor, he returned to Cornell's College of Engineering Student Advising office where he guided the careers of undergraduates for over a decade, giving them the benefit of a lifetime of engineering knowledge and life skills until his death on September 6, 2005. 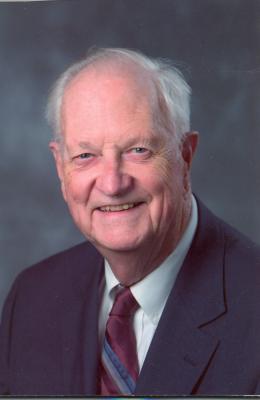 An annual two-day lecture series established by the class of 1962, and other friends and colleagues, to honor Julian Smith for his commitment and vision in promoting academic research in the school, and for his service as a member of the faculty and as director from 1965 to 1981.

At the time of his retirement in 1986, Professor Emeritus Julian Smith had completed forty years of service to Cornell University. A member of the Cornell class of 1941, Julian was appointed to the faculty of the School of Chemical Engineering in 1946 as an assistant professor. He was named associate professor in 1949, and became a full professor in 1953.

Prior to his passing in 2015, Julian Smith had been a long-time advisor to the U.S. government on engineering education in the United States and abroad, and had served as a consultant to several major corporations on chemical process design and the disposal of nuclear waste.